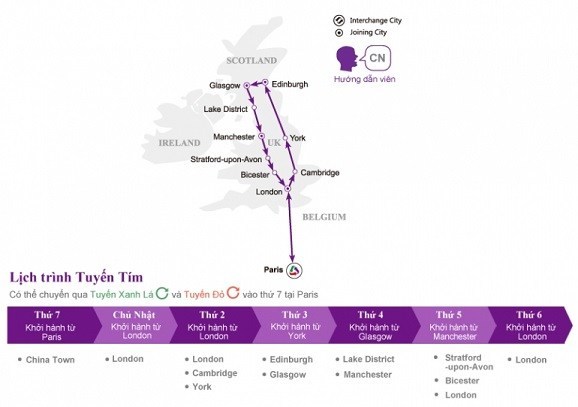 Purple Line combines classic, modern UK with peaceful natural scenery of Scotland.
The Purple Line cruise will take you across the strait to the modern UK capital London. Visitors will have the opportunity to visit the Royal palaces and world-famous architectures of England such as Buckingham Palace, Westminster Abbey, University of Cambridge and Manchester Stadium …
UK Island & Scotland Will definitely give visitors a memorable 07-day journey.

Day 1: PARIS – LONDON (470km)
Journey to the French harbor, the car takes the group across the English Strait to Dover Port of England. Enjoy the scenery on the way to London. If you have plenty of time, you will take a walk around China Town.
Hotel 3 *: London or the surrounding area

Day 3: LONDON – CAMBRIDGE – YORK (350km)
Visit the ancient and prestigious Cambridge University not only of England but also of the world. After that, the group moved to York, a typical city with a mixture of Roman, Anglo-Saxon and Viking architecture. Visiting York Minster, a solid fortress of the once mighty Roman Empire, shopping for typical souvenirs.
Hotel 3 *: York or the surrounding area

Day 4: YORK – EDINBURGH – GLASGOW (400km)
Edinburgh is the next destination in the journey. Visit Edinburgh castle with the royal crown and expensive jewels inside. Holyrood Palace, City Hall and Royal Park. Then depart for Glasgow.
Hotel 3 *: Glasgow or the surrounding area

Day 7: LONDON – PARIS (450km)
Shopping at the largest commercial Harrods in the world. Is the favorite brand of British royalty. After that, the bus took the tour back to the English Channel to return to Paris, France.
Hotel 3 *: Paris or the surrounding area

Have a nice trip! 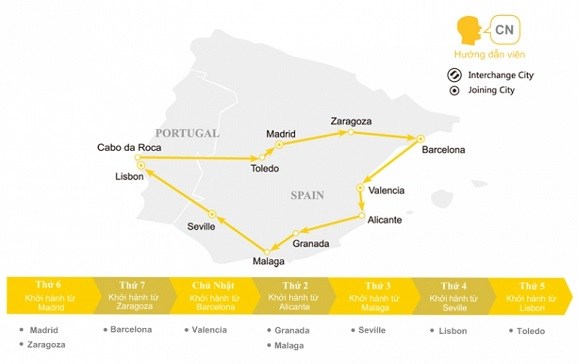 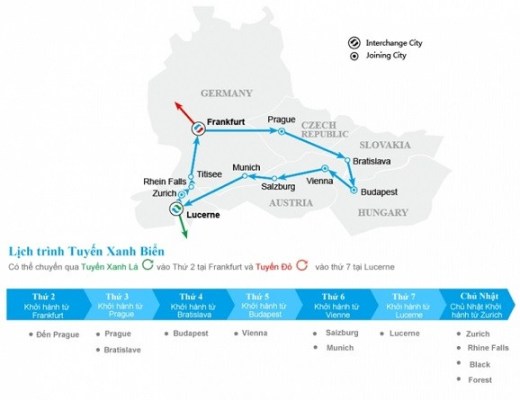 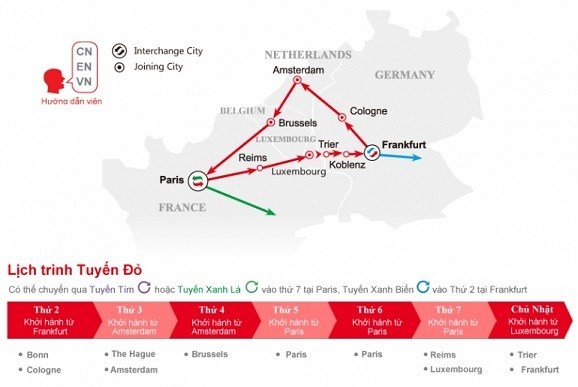